Around Town, TOP OF PAGE

Hobbs, Inc. is a family-owned business for three generations, enjoys a reputation of being “Simply the Best” in high-end home construction. It is an American story, having started from humble beginnings before growing into the award-winning professional firm it is today. 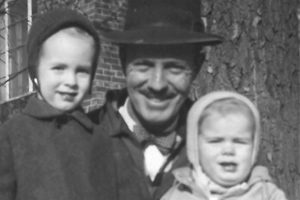 In 1952, after building navy warships in Puerto Rico, Ted Hobbs needed to find a way to support his young family and was willing to take whatever work he could find. He bought a hand roller to pave a neighbor’s driveway, and did an excellent job for a fair price. Word began to spread of the man who worked tirelessly and kept his word, and a small contracting business began to take shape. In 1954, Ted incorporated “TdeF Hobbs Construction” at his home on Main Street in New Canaan.

His success with small jobs led to larger, more complex projects that brought recognition to the company. In 1959, Ted partnered with renowned architect Edward Durell Stone to create a display home for the Celanese Corporation, constructed exclusively using that company’s innovative materials. It is catalogued in the Smithsonian Institution and was featured in several magazines, including the “House and Garden” October 1959 issue.

After serving in the U.S. Air Force, Mike joined the growing business in 1968. When Ted retired in 1975, Mike became CEO. In the following years, the company continued to grow, garnering national recognition with such honors as having six projects featured in the gold standard “Architectural Digest” starting in 1990. Building awards, safety awards, and acknowledgement of business excellence became the norm. Hobbs, Inc. became known as a high-end boutique construction firm, serving high-profile clients from Wall Street to Hollywood with a reputation for respecting and protecting the privacy of each customer.

All three of Mike’s sons, Mike Jr., Scott and Ian, were involved in the company as teenagers doing summer labor at jobsites, learning the trade from the masters of the home building industry. Family businesses present unique challenges, and Mike invested a great deal of effort and time into a succession plan to minimize complications and keep the business running smoothly. He made sure that his sons knew they were welcome to join the business if they so desired, but they would first be required to venture into the outside working world for at least one year before making that commitment. After serving in the U.S. Army, Scott decided to follow his father into the business in 1992. Five years later, Ian also joined the family firm. (Mike, Jr. is an intellectual property attorney in Atlanta, GA.) 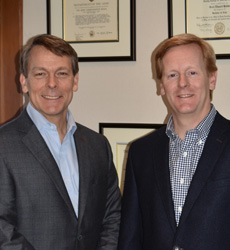 Scott and Ian assumed full ownership and management of Hobbs, Inc. from Mike upon his retirement in 1998. In order to meet the needs of their clients, design partners and employees, they made a commitment to grow the company, increasing capacity by acquiring additional talent and organizing administrative departments to provide specialized support. In 2004, Hobbs Care was launched to provide continuing care and support for homeowners. In addition, they have expanded their service areas of Fairfield & Westchester Counties to include New York City, the Hamptons, New Jersey and Rhode Island.

Today, Scott and Ian act as partners and are in close consultation with their employees, especially COO Walter Lorenz, who joined the firm with Scott in 1992 and has been a key executive for the last 25 years.

This article was sponsored by Hobbs, Inc. New Jersey.

Kicked off the birthday celebrations for my oldest

Special thanks to our friends @new_vernon_fire_dep

Hope you all had a wonderful Thanksgiving spent wi

From my Family to yours, Happy Thanksgiving.​​

The mission of Saint James School is to develop Ch

It’s beginning to look a lot like the Holidays!

Whether you’re practicing your menu for Thanksgi