Jane Goodell & A Lifetime of Sundays 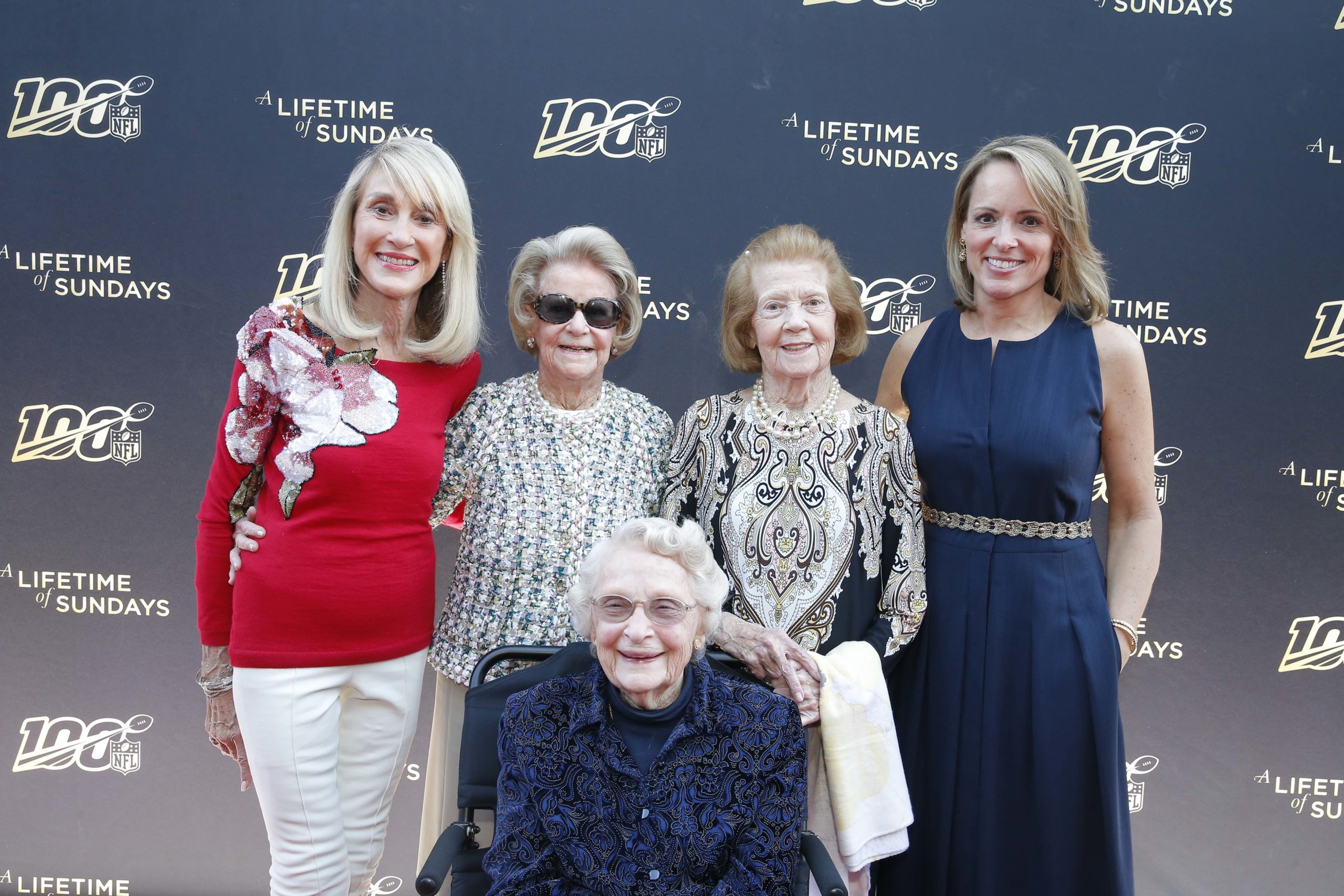 Jane Skinner Goodell  spent two decades working as a TV reporter and anchor, including with Fox News. The Northwestern University graduate is perhaps best known publicly as the wife of NFL Commissioner Roger Goodell. Her latest project, A Lifetime of Sundays, highlights four women whose sizable accomplishments have gone largely unsung. The new documentary, celebrating the NFL’s 100th season, looks at the lives of franchise owners Virginia Halas McCaskey (Chicago Bears), Martha Ford (Detroit Lions), Patricia Rooney (Pittsburgh Steelers), and Norma Hunt (Kansas City Chiefs). Fans get a glimpse into the lives of these intensely private women whose lives are as intertwined in football as any player. Narrated by Oscar winner Regina King, Jane calls it “the definition of a labor of love.” The Local Moms Network spoke to the mother of two (she has 18-year-old twin daughters) about this special film, her family and, of course, football.

How did you become involved in this project?
I’ve been lucky enough to have spent time with the four women over the years and heard the most incredible stories about their lives, communities and teams. With the 100thanniversary of the league approaching, I asked if anyone was recording these stories—and they weren’t. And it was really because the women were too modest. They come from what you might call the generation of “we”—team, family and community. Today, were are in the generation of “me”.

I think in Virginia’s (McCaskey, owner of the Chicago Bears) case, at 96, she has seen more professional football than anyone who is living today. I have never encountered anyone with her memory. She can tell you about her first game in the 1920s, when she was 4 years old. She goes to every out of town game and can tell you what happened at this Monday night’s game. She’s a walking encyclopedia of NFL history. The other women have their own stories, and I thought it would be a great combination to put the four of them together.

What are you proudest of with this project?
One of the unexpected consequences of making the film was watching four women well into the older stages of their lives recognize their own value, which I didn’t expect. Once they started doing the interviews they started to embrace their roles as trailblazers in the industry. Pat Rooney said after fifty years of Annual [NFL] Meetings it was the first time people had come up to talk to her as her own person.

Prior to meeting your husband, were you a football fan?
Yes…I grew up in Chicago so I went to my first Bears game in 1972 when my dad bought four season tickets which he still has. I have two older brothers so I got the fourth seat. My poor mom is a huge fan but gave up her seat. At that time there weren’t many girls watching but there are now.

Are your daughters fans, too?
Yes, one of Roger’s proudest achievements is we have raised two very intense football fans! They root for different teams and play in a girls fantasy football league. In the Annual Meeting when we screened [the documentary], there were a lot of large men weeping, including my husband. He was supposed to wrap it up but he was crying so hard and my daughters were looking at me…and I think even they were surprised at how powerful these stories were. It’s an interesting time to be a young women. Our refrigerator is plastered with photos of Serena Williams and female soccer players.

So who is rooting for who in your household?
I grew up in Chicago so I root for the Bears, but we have a Minnesota Vikings fan, a Seattle Seahawks fan and Roger is very neutral.

What’s something that most people don’t know about your husband?
This is a guy who slept with a leather football instead of a teddy bear as a kid. He started at the NFL as an intern 37 years ago. To this day he loves the game like a 13-year-old kid does. He loves to go to games but also sit in his man cave with his popcorn and remote control—he could watch all day love and never come up for air. There are some days that are harder than others but he always says it’s a privilege.

A Lifetime of Sundays aired on the NFL Network on Friday, September 20 at 3 p.m. ET and again on Saturday, October 12 at 8 p.m. ET. The film is available for streaming on ESPN+ beginning September 15. This article first appeared on our parent site, The Local Moms Network.

Are you interested in joining Gill St. Bernard's n

These Valentine’s Marshmallow Pops are easy, and

It's Meet a Mom Monday! This week we are so excite

Closing out our weekend with some girl power! Girl

This week's Saturday Spotlight is on Trish O’Bri

Happy Weekend Everyone! Hope you bundle up because

Did you know babies can get adjusted? 😲 A bab

Between coordinating calendars, packing the kids i