Yael Adler: From Gypsy to Jersey 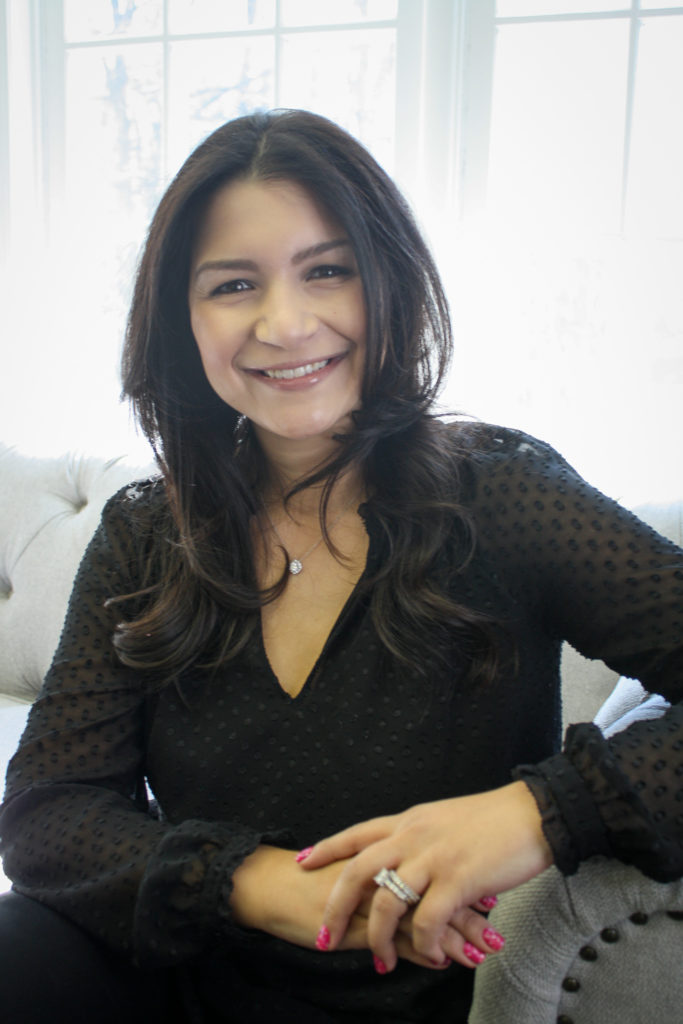 We spoke with local mom & author Yael Adler on motherhood, her adoption journey and what inspired her to write down her story and share it with the world. Read our interview below and pick up your copy of From Gypsy to Jersey today. Available at both Amazon and Barnes & Noble.

Where are you from originally and how long have you lived in New Jersey?
I was born in a small village right outside Arad, Romania and once I was adopted at age 2, I came to the United States and grew up in Fort Lee, NJ. Once I met my husband I moved to Randolph where we have been living for six years.

Did you come to the US with your birth parents or were you first adopted and then come over?
The attorney who handled my adoption advised my parents if they were able to visit me in Romania during the time of my adoption it would move the process along faster. My parents came to visit me and see me for the first time and on this visit they went to the courthouse and my adoption was made official. For reasons that are still unclear I had to stay in Romania with a transitional caretaker that worked with the adoption agency for about a month before being able to come to the United States (there was likely some sort of delay with the paperwork involved). Then one of the attorneys associates escorted me by plane to fly to JFK where my parents were there waiting for me to begin our new life.

When did you first find out that you were adopted?
I have always known about my adoption, which is something I am very grateful for. This is not the case for all adoptee’s, as some find out later in life which can make it more difficult to process. My parents always openly spoke about it in our household, read children’s books to me about adoption when I was young and always tried to make it a safe and comfortable topic for conversation.

When you found all of the adoption documents in your mother’s co-op, what was the first question you had?
Shortly after my 30th birthday I was helping my mother clean out her co-op in order to put it up for sale and I came across a folder with all of these documents and a video that I had never seen before. (My parents always told me they had this video with my birth mother on it but they would never let me watch this mysterious video by myself, they felt like it would be too emotional for me and always wanted to watch it with me, I suppose in some way to be protective. But I always felt like it was something personal that I wanted to watch without them. So I told myself one day there would be a time where I can watch it by myself and that day finally came.) I had the video tape converted so I could watch it. This video was taken earlier on in the process by the lawyer who handled my adoption and this was sent to my parents as soon and they were told that there was a child available for adoption so they could see what I looked like, where I lived etc. In the video it showed my house and it showed my birth mother holding me. I almost did a double take when watching the video because I didn’t recognize the little girl (me). I was wearing a red headscarf matching my birth mother and just appeared so foreign.
(see photo below) 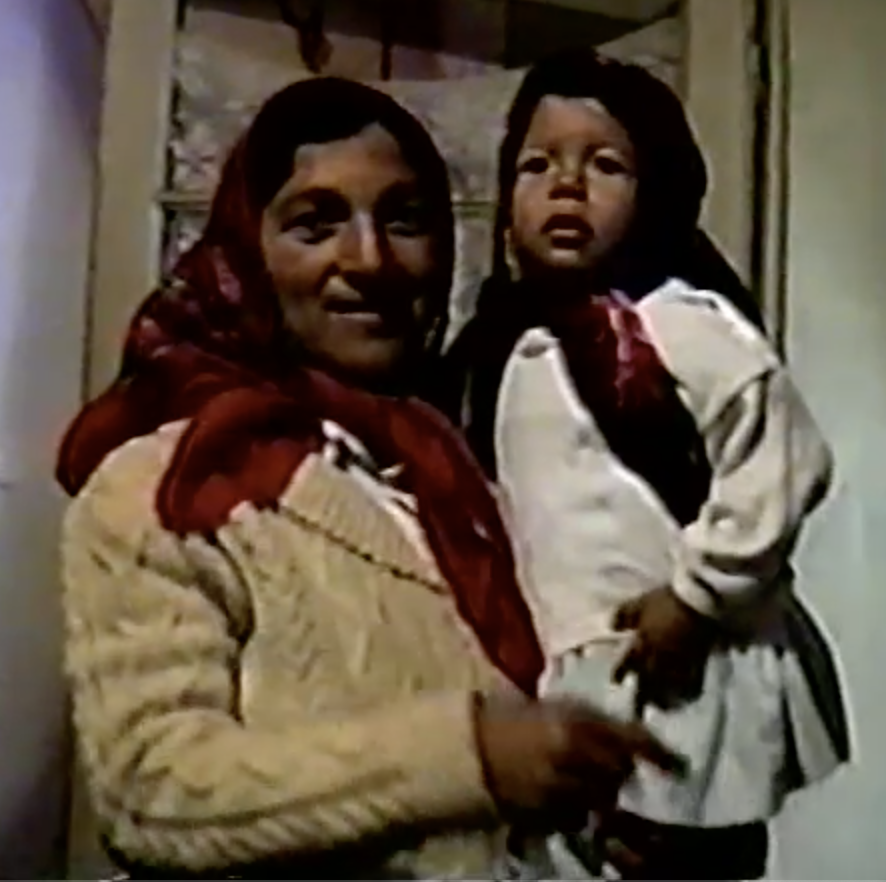 Finding these documents was like finding this hidden treasure, only it included information about a part of my life that I knew nothing about. It was exciting and intriguing and made me want to get answers to piece together the rest of my adoption story that was so vague and hazy. For the first time in my life I really had this deep-rooted curiosity to get answers which was never the case growing up. I never felt like something was missing in my life, I never felt a sense of trauma and all of that was probably because it all happened at the early age of two so I really had no recollection of anything from my past life in Romania.

Each new piece of information I came across I found fascinating. From the name of my birth mother, Daniela, to finding out the age she was when she put me up for adoption. Then I saw that she was raising another daughter which meant I had a sister. I actually had a sibling! All these years each of us were growing up not knowing about the other living completely different lives.

How has finding information about your adoption impacted you as a parent to two small children and one on the way?
It often makes me think about how difficult the separation must have been like at the time. I could not imagine putting one of my children up for adoption and to make such a hard decision I know my birth mother had to have been in the most extremely desperate of circumstances (which I know she was). Poverty and being a single parent really took the best of her and I am just so grateful that she made the decision to put me up for adoption. I also reflect on the age of my adoption while looking at my two-year-old now. I was adopted at the age of 2, which tends to be a very “clingy” age where a child is very attached to her mother. Did I feel those same attachments? I wonder what went through my head during that time of separation.

Favorite things to do with your kids?
My kids are super active energizer bunnies. (No really, they never stop.) I enjoy doing crafts with my girls, getting our nails done, reading to them at night, and getting some snuggles in before bed.

What inspired you to write your memoir From Gypsy to Jersey?
I had always wanted to write a book about my adoption, even knowing the few bits and pieces of my story. My parents tried for many years to conceive but they were unsuccessful. It was an ABC 20/20 series that aired in the early 90’s led by Barbara Walters and Hugh Downes that featured all of the Romanian orphanages and thousands of children who needed families to care for them. I was not in an orphanage; I had a private adoption which the segment my parents watched also covered. It was at the end of this special that aired that Barbara Walters told viewers to call the studio if they were interested in finding an attorney who could help with the adoption process. My parents did just that. They called and got connected to Robert Braun who was based out of Philadelphia.

Once I turned 30 and came across these documents relating to my adoption, I told myself this is going to be the year that I write my book. I started by researching the attorney who handled my adoption, 28 years before at the time. Fortunately, he made his information very accessible online and I was able to find an email address. I sent him an email and he replied only a few hours later! He generously offered to help me with my book and I knew that he was going to play a vital role in getting those answers that I was seeking. The more and more I learned, only fueled my desire to write this book and to hopefully inspire other adoptees out there to get their answers as well. 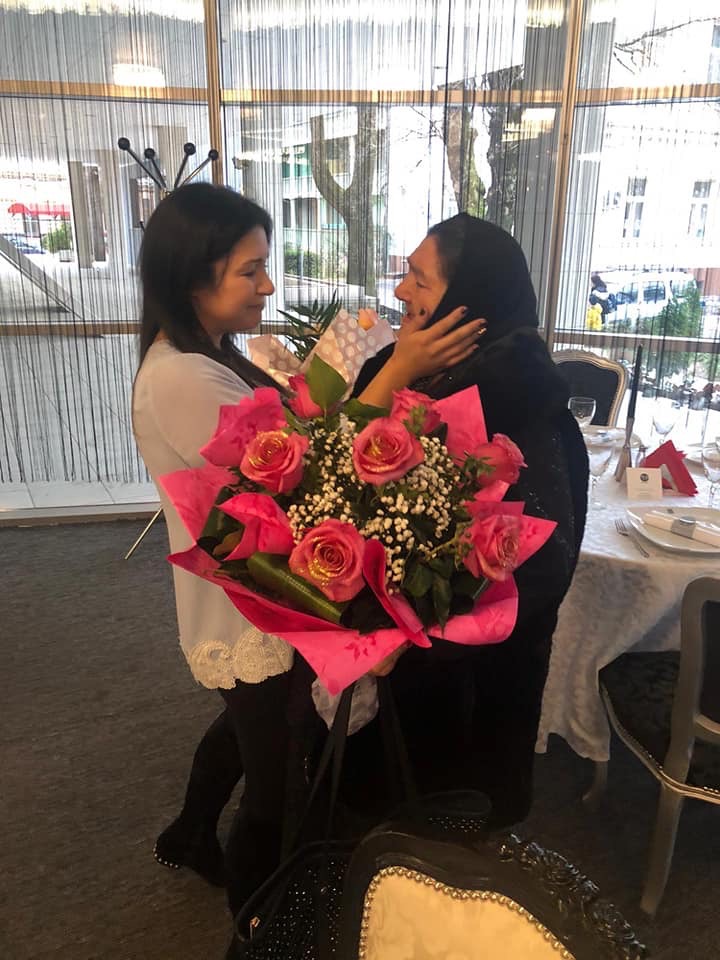 Who is this book for?
Oiginally this book was intended for those in the adoption community or for people who have some connection to adoption. But really this book is for everyone. It’s about so much more than just adoption. It’s about a personal journey, it’s about connecting to ones roots which I think is a pretty universal interest to want to know where you came from. Most of all it’s about having an appreciation for your life. Having gone through this experience and seeing firsthand how drastically different my life could have been has been very eye opening making me appreciate the basic things in life that we often take granted.

If you could give one tip to fellow adoptees what would it be?
I think this curiosity to explore our past hits everyone at different times and stages of life. When you are ready (or feel ready) and are open to the possibility of conducting a search and getting the answers that might be lingering, take that chance. There is something very satisfying about filling in the missing blanks.

How has this community been instrumental in getting you to where you are now?
Everyone has been so supportive of my journey and this accomplishment. I could not have done it without the support of my friends and family.

This post was done in partnership with Yael Adler. To learn more about Yael’s journey and to order a copy of her book visit her website or following her on social media below:

Are you interested in joining Gill St. Bernard's n

These Valentine’s Marshmallow Pops are easy, and

It's Meet a Mom Monday! This week we are so excite

Closing out our weekend with some girl power! Girl

This week's Saturday Spotlight is on Trish O’Bri

Happy Weekend Everyone! Hope you bundle up because

Did you know babies can get adjusted? 😲 A bab

Between coordinating calendars, packing the kids i